Senate Republicans rally behind Trump on eve of impeachment trial

Donald Trump’s defenders in the Senate on Sunday rallied around the former president before his impeachment trial, dismissing it as a waste of time and arguing that his fiery speech before the U.S. Capitol insurrection does not make him responsible for the violence of Jan. 6.

“If being held accountable means being impeached by the House and being convicted by the Senate, the answer to that is no,” said Republican Sen. Roger Wicker of Mississippi, making clear his belief that Trump should and will be acquitted. Asked if Congress could consider other punishment, such as censure, Wicker said the Democratic-led House had that option earlier but rejected it in favour of impeaching him.

“That ship has sailed,” he said.

The Senate is set to launch the impeachment trial on Tuesday to consider the charge that Trump’s fighting words to protesters at a Capitol rally, as well as weeks of falsehoods about what he called a stolen and rigged presidential election, provoked a mob to storm the Capitol. Five people died as a result of the melee, including a police officer.

Many senators, including Senate Republican leader Mitch McConnell, immediately denounced the violence and pointed a finger of blame at Trump. Following the riot, Wicker said Americans “will not stand for this kind of attack on the rule of law” and, without naming names, said “we must prosecute” those who undermine democracy.

I called on President-elect <a href=”https://twitter.com/JoeBiden?ref_src=twsrc%5Etfw”>@JoeBiden</a> to ask House Democrats to forgo impeachment.<br><br>It would have been a unifying act – one that could be appreciated by the right and the left.<br><br>Now we are stuck with another pointless, partisan impeachment trial. <a href=”https://t.co/tiIdYnd4di”>pic.twitter.com/tiIdYnd4di</a>

But with Trump now gone from the presidency, Republicans have shown little political appetite to take further action, such as an impeachment conviction that could lead to barring him from running for future office. Those partisan divisions appear to be hardening ahead of Trump’s trial, a sign of his continuing grip on the Republican Party.

On Sunday, Wicker described Trump’s impeachment trial as a “meaningless messaging partisan exercise.” When asked if Trump’s conduct should be more deserving of impeachment than that of former president Bill Clinton, whom Wicker voted to impeach, he said: “I’m not conceding that President Trump incited an insurrection.” Clinton’s impeachment, in 1998, was sparked by his false denial in a deposition of a sexual relationship with a White House intern.

Republican Sen. Rand Paul of Kentucky dismissed Trump’s trial as a farce with “zero chance of conviction,” describing Trump’s words to protesters to “fight like hell” as Congress was voting to ratify Joe Biden’s presidential victory as “figurative” speech.

“If we’re going to criminalize speech, and somehow impeach everybody who says, `Go fight to hear your voices heard,’ I mean really, we ought to impeach Chuck Schumer then,” Paul said, referring to the now Democratic Senate majority leader and his criticisms of Justice Neil Gorsuch and Justice Brett Kavanaugh.

Paul noted that Chief Justice John Roberts had declined to preside over this week’s impeachment proceeding because Trump was no longer president. Democratic Sen. Patrick Leahy will preside over the trial as Senate president pro tempore.

“It is a farce, it is unconstitutional. But more than anything, it’s unwise and going to divide the country,” Paul said.

Last month, Paul forced a vote to set aside the trial as unconstitutional because Trump is no longer in office, which legal experts say is disputable. But the vote suggested the near impossibility in reaching a conviction in a Senate where Democrats hold 50 seats but a two-thirds vote — or 67 senators — would be needed to convict Trump.

WATCH | Republicans face backlash for speaking out against Trump: 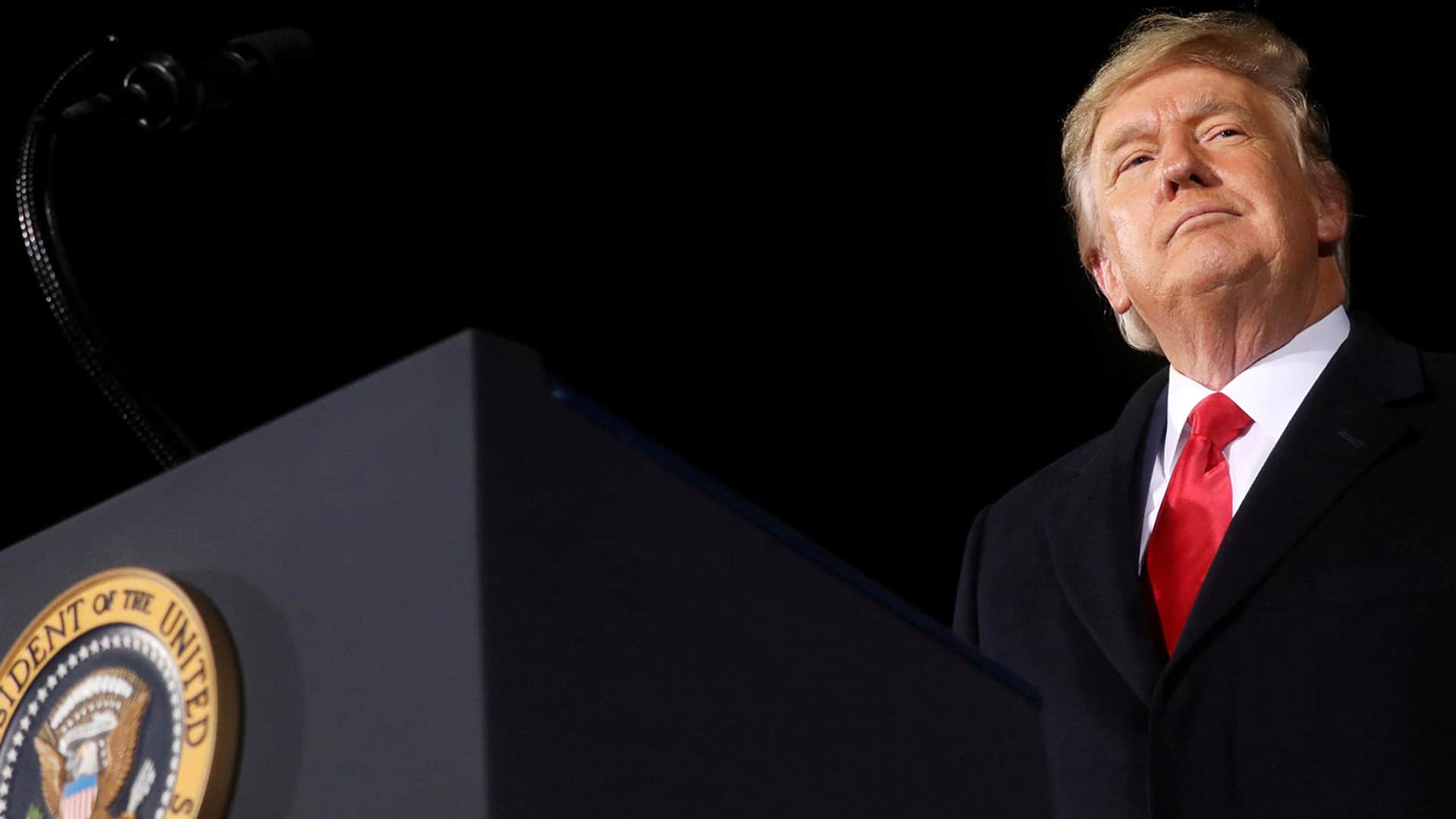 Although former U.S. president Donald Trump still has allies in the Republican Party, others are facing backlash for saying he should be punished for inciting the Jan. 6 assault on the U.S. Capitol. 2:05

Some Republicans have said the vote doesn’t “bind” them into voting a particular way on conviction, with Republican Sen. Bill Cassidy of Louisiana saying Sunday he would listen carefully to the evidence. But even Trump’s sharper Republican critics on Sunday acknowledged the widely expected outcome.

“You did have 45 Republican senators vote to suggest that they didn’t think it was appropriate to conduct a trial, so you can infer how likely it is that those folks will vote to convict,” said Toomey, who has made clear he believes Trump committed “impeachable offences.”

“I still think the best outcome would have been for the president to resign” before he left office, Toomey said. “Obviously he chose not to do that.”

Republican Sen. Lindsey Graham of South Carolina, one of Trump’s ardent defenders, said he believes Trump’s actions were wrong and “he’s going to have a place in history for all of this,” but he insisted it’s not the Senate’s job to judge.

“It’s not a question of how the trial ends, it’s a question of when it ends,” Graham said. “Republicans are going to view this as an unconstitutional exercise, and the only question is, will they call witnesses, how long does the trial take? But the outcome is really not in doubt.”

Wicker spoke on ABC’s This Week, Paul was on Fox News Sunday, Toomey appeared on CNN’s State of the Union and Graham was on CBS’s Face the Nation.

The universe may be even more brutal than we thought.Going SupernovaResearchers are hypothesizing that a type of nuclear fission that occurs in white...
Read more
Previous articleAre COVID Deaths the Result of ‘Social Murder’?
Next articleGwen Stefani Roasts Blake Shelton in T-Mobile Super Bowl Ad

From best to worst in just one year. Put another way, winning the opening battle is no guarantee of winning the war....
Read more