Canadians still planning a winter vacation will face stricter travel rules aimed at keeping new variants of the coronavirus from entering the country.

Trudeau said all travellers to Canada will have to quarantine at an approved hotel for up to three days at their own expense while they await results of a COVID-19 test taken at the airport.

He said that requirement, set to take effect “in the coming weeks,” could cost each traveller more than $2,000 and is in addition to the already mandatory pre-departure COVID-19 test.

Those with positive tests will isolate in designated government facilities, while those with negative results can serve the rest of the two-week quarantine at home.

In addition, Canada’s main airlines have agreed to suspend flights to Mexico and the Caribbean starting Sunday until the end of April to discourage Canadians from flying south for spring break.

Ontario Premier Doug Ford welcomed the new measures and announced that starting at noon Monday, all international travellers arriving at Toronto’s Pearson International Airport will be tested for COVID-19.

This comes a day after the province’s health advisers warned that a highly contagious variant of COVID-19 first identified in the U.K. could become the dominant strain of the virus in the province by March.

On Thursday, the Maryland-based company said its COVID-19 vaccine appears to be 89 per cent effective, based on early findings from a British study, and that it also seems to work — though not quite as well — against new mutated strains of the virus circulating in the U.K. and South Africa.

Novavax is set to launch a large Phase 3 study of its vaccine candidate in the U.S. and Mexico.

Pfizer-BioNTech and Moderna vaccines against COVID-19 have so far been approved for use in Canada. The federal government has an agreement with AstraZeneca for 20 million doses, but the vaccine developed by the British-Swedish multinational is still awaiting approval from Health Canada.

Ottawa isn’t banning non-essential travel; it’s making it as inconvenient and expensive as possible. Now, in addition to existing requirements, returning travellers will need to quarantine in a hotel for three days at their own expense, at a likely cost of at least $2,000. 2:33 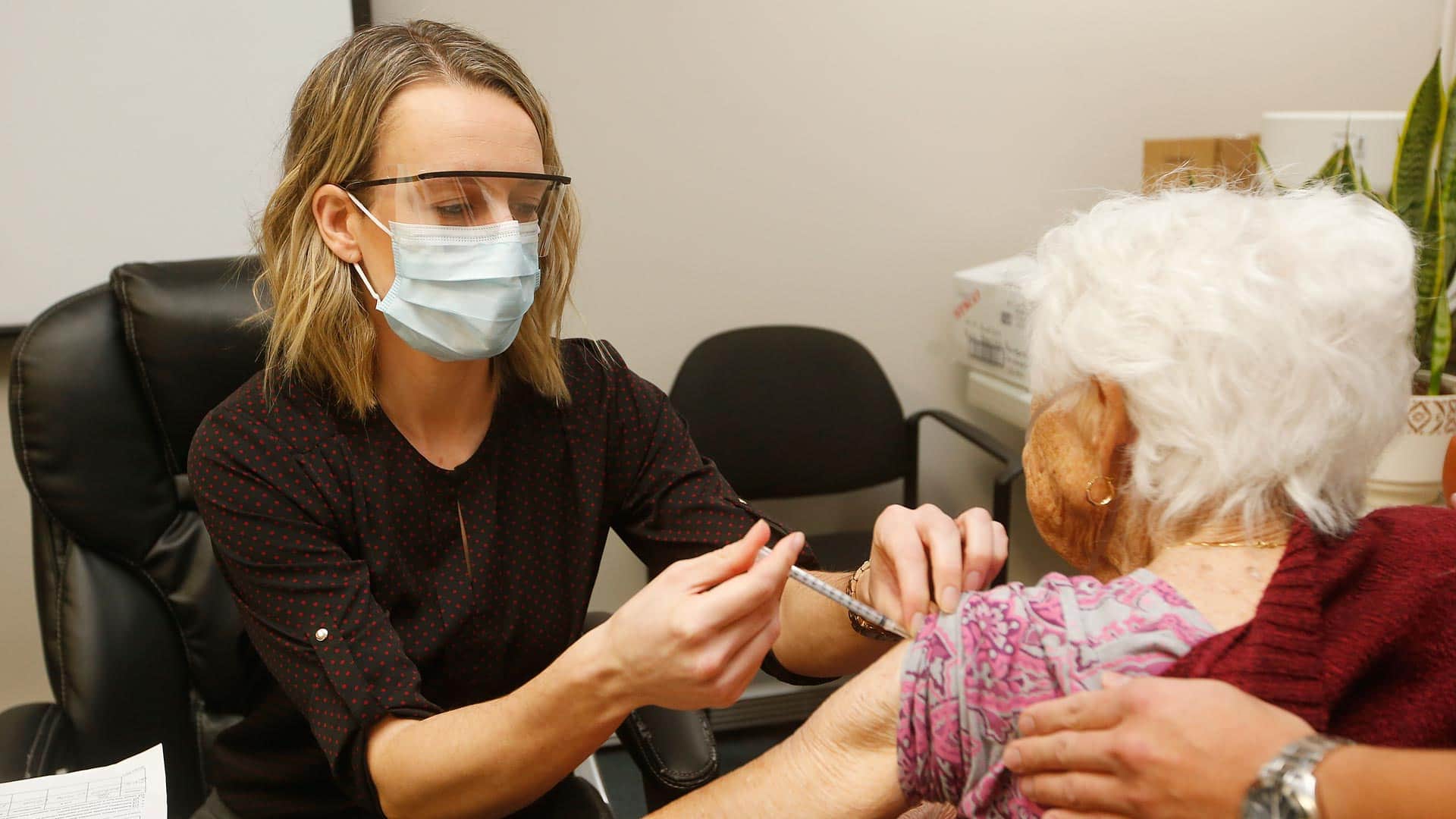 Moderna says vaccine shipments to Canada will be cut in February, just as Pfizer has changed its delivery schedule. We look at how provinces are taking the bad news. 2:00

In Quebec, health officials reported 1,367 new cases on Saturday and 46 more deaths, 14 of which occurred in the last 24 hours.

Manitoba reported 157 new cases and three new deaths on Friday, with more than half of the new cases in the province’s Northern Health Region.

A new public health order took effect in the province at 12:01 a.m. Friday, requiring most people travelling to Manitoba for non-essential reasons to self-isolate for two weeks.

Alberta reported 543 new cases and 14 new deaths on Friday, as Premier Jason Kenney said the province will begin easing restrictions on Feb. 8, with restaurants and gyms being the first businesses to benefit.

In Atlantic Canada, New Brunswick reported 16 new cases and one additional death on Friday, as Dr. Jennifer Russell, the province’s chief medical officer of health, warned of an impending third wave of the pandemic that will be “much worse” than the first or second because of new variants.

Newfoundland and Labrador reported four new cases on Friday, while P.E.I. did not provide an update.

In the North, the three territories all reported no new cases on Friday. 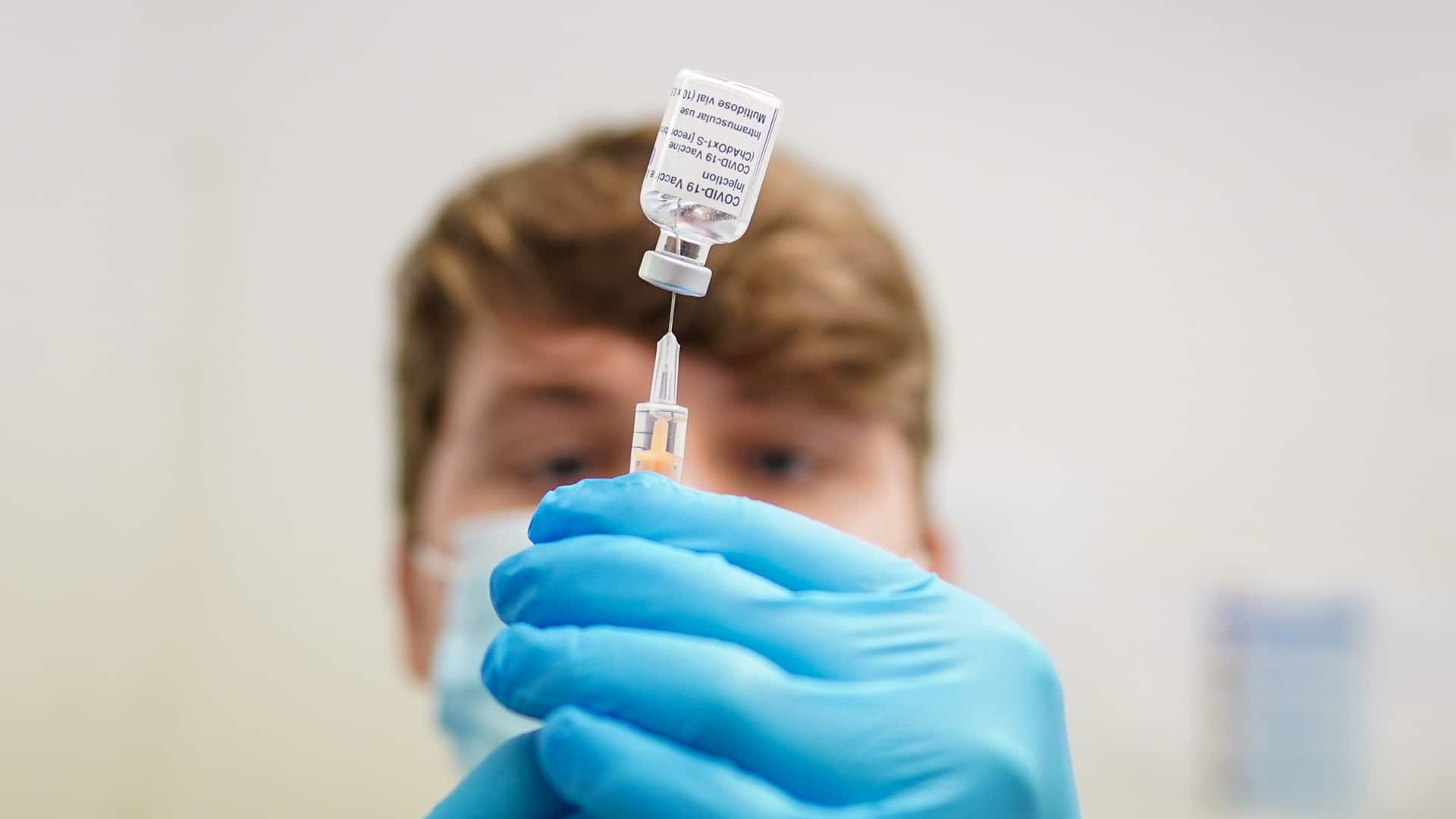 The European Union has approved use of the Oxford-AstraZeneca COVID-19 vaccine, amid criticism that vaccination is not happening fast enough. 2:01

As of Saturday, more than 102.2 million cases of COVID-19 had been reported worldwide, with 56.5 million of those considered recovered or resolved, according to a tracking tool maintained by Johns Hopkins University. The global death toll stood at just over 2.2 million.

The move to allow restaurant service on Feb. 14 comes as news that a new single-shot vaccine from pharmaceutical giant Johnson & Johnson is 85 per cent effective in protecting people against the most severe forms of the disease and 66 per cent effective overall in preventing moderate to severe illness.

The company said earlier this month that it’s on track to roll out the vaccine in March. 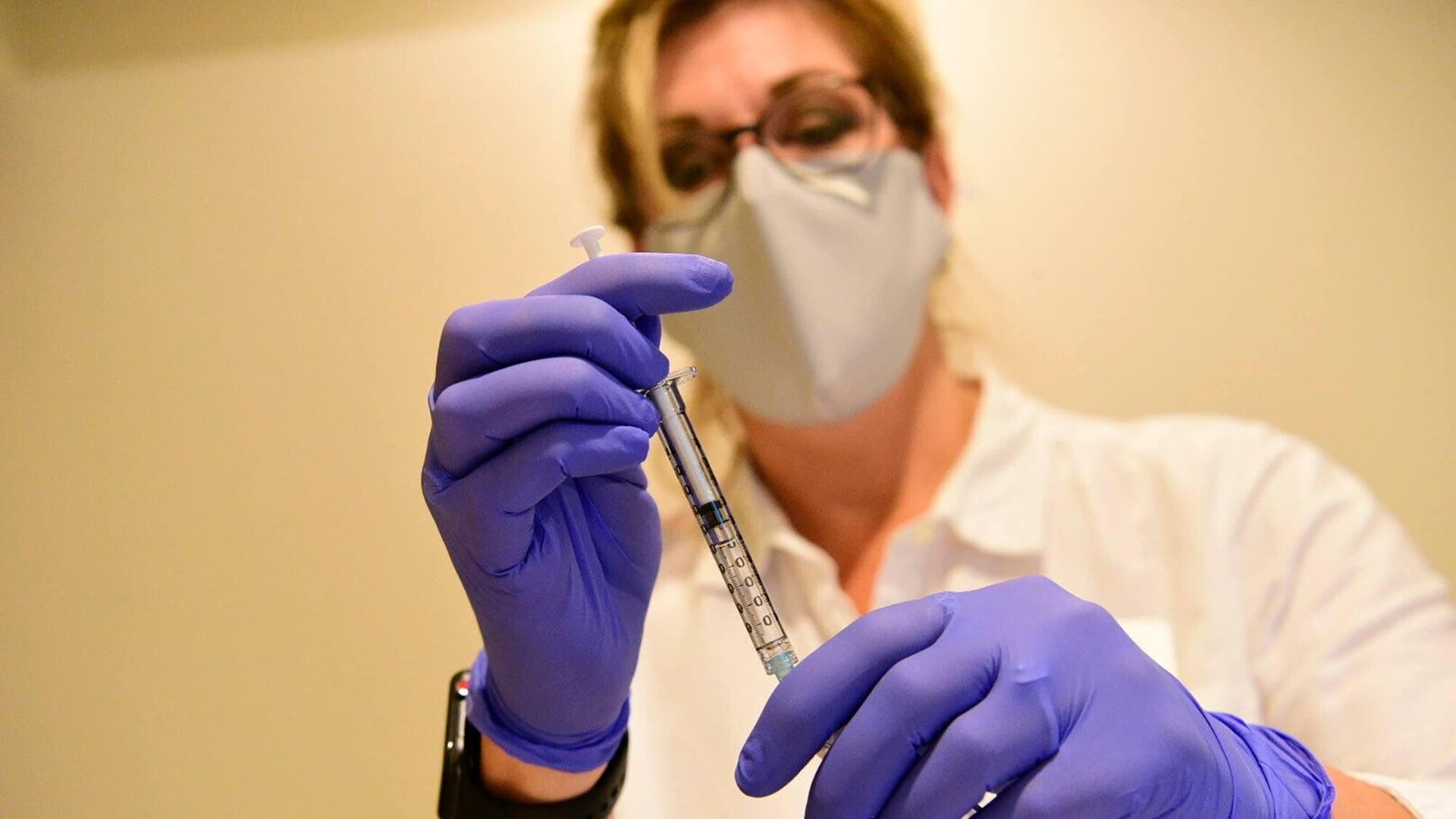 Johnson & Johnson announced the results of its Phase 3 clinical trial for its coronavirus vaccine candidate. The company says the vaccine appears 66 per cent effective overall. 3:27

In Asia, Vietnam approved the use of the COVID-19 vaccine from AstraZeneca, the Health Ministry said late Friday.

The country has so far been highly successful in combating the novel coronavirus, recording just 1,739 cases and 35 deaths since the disease was first detected a year ago.

In Africa, Algeria launched its COVID-19 vaccination campaign on Saturday in the town where the country’s first case of infection with the coronavirus was confirmed last March.

A 65-year-old retiree got the first shot of Russia’s Sputnik-V vaccine at a hospital in the town of Blida. Vaccines will start being administered in all regions of the country on Sunday. The campaign is set to start with health-care workers, the elderly and other vulnerable populations.

Why AstraZeneca vaccine approval in Canada may open more doors

Health Canada's approval of the Oxford-AstraZeneca and the Serum Institute of India's version to prevent COVID-19 in adults follows similar green lights from regulators...
Read more

When Twitter banned Donald Trump and a slew of other far-right users in January, many of them became digital refugees, migrating to...
Read more
Previous articleWhat a Doctor Wants You to Know
Next articleKelly Rowland Gives Birth to Second Child, Son Noah Jon

The newest pledges by countries to cut greenhouse gas emissions are falling far short of what's needed to limit global warming to what...
Read more

New York Gov. Andrew Cuomo acknowledged for the first time Sunday that some of his behaviour with women had been "misinterpreted as unwanted...
Read more

Why AstraZeneca vaccine approval in Canada may open more doors

Health Canada's approval of the Oxford-AstraZeneca and the Serum Institute of India's version to prevent COVID-19 in adults follows similar green lights from regulators...
Read more

When Twitter banned Donald Trump and a slew of other far-right users in January, many of them became digital refugees, migrating to...
Read more