Master Python, The Swiss Army Knife Of Coding, With This $40 Bundle

No matter what you’ve done online today, it involved Python. Visited Instagram? It runs on Python. Seen a fun video on YouTube? Python was driving some of its features. Python powers everything from special effects to search engines to industrial facilities to security systems.

The answer why lies in the name. Python was built to be both powerful and flexible, supporting multiple styles and approaches to programming; making efficient use of system resources; limiting the steps needed for a program to run; and coming with a comprehensive standard library making it easy to get up and running. Since it first arrived in 1991, Python has become the developer’s tool of choice, and the Epic Python Developer Certification Bundle, available for a limited time for $40, will take you through Python from the very beginning steps to some of its most complex uses.

From Beginner To Expert

The bundle starts with four courses. “Python for Beginners: Learn Python from Scratch” will help you start with Python even if you’ve never opened a terminal before. Once you have those basics down, you’ll learn about Python 3, the latest version, in “Learning Python 3 Programming for the Absolute Beginner,” which will walk beginners and experienced developers seeking to pick up a new language through challenging questions with detailed explanations to really give you a sense of how Python functions.

“Python 3 Complete Masterclass: Make Your Job Tasks Easier!” will help you get a fuller grasp of Python and its day-to-day uses, focusing particularly on task automation and other ways to use Python to boost your productivity. And you’ll cap it off with “Learn Python 3 from Beginner to Advanced,” which will give you a series of hands-on examples that begin simply and build up to more complex problems. With that firm grounding in place, you’ve got multiple choices on where to go next. 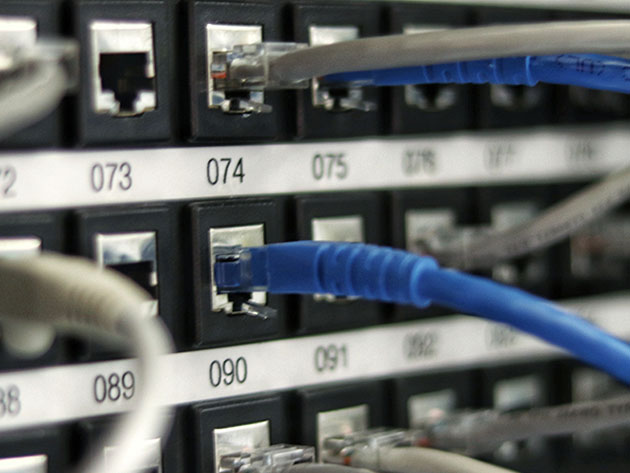 Data Science: “Complete Data Science Training with Python for Data Analysis” will teach you the basics of working with data in Python, including the major data science packages; and “Practical Data Pre-Processing & Visualization Training With Python” will show you how to wrangle massive data sets and turn them into useful visualizations.

Machine Learning: Once you’ve got the data science down, you can use machine learning to tackle giant datasets and draw useful patterns from them. “Statistics & Machine Learning Techniques for Regression Analysis with Python,” “Working with Classes: Classify & Cluster Data with Python,” and “Master Clustering Analysis for Data Science Using Python” will show you how to use clustering, the grouping of specific data points, and clustering analysis to draw new conclusions from data.

Security: Finally, if you’re looking for a career as a penetration tester, or are just curious to see how Python can help keep your data and your computer safe, “Python 3 for Offensive PenTest: A Complete Practical Course” will show you how to develop tools that probe networks for weaknesses and fight common hacker tactics, setting you up for further training as a “white-hat” hacker.

Python opens the door to any number of coding careers, and if you’re already working in coding or it’s a part of your job, it gives you powerful tools to automate, analyze, and refine with a minimal amount of effort. Start learning today with The Epic Python Developer Certification Bundle while it’s on sale for only $39.99.

Futurism fans: To create this content, a non-editorial team worked with an affiliate partner. We may collect a small commission on items purchased through this page. This post does not necessarily reflect the views or the endorsement of the Futurism.com editorial staff.

Kelly Preston has died at age 57. On Sunday, a rep for the actress's family confirmed the news to...
Read more

B.C. health officials issued a sweeping warning on Friday about possible exposure to COVID-19 in Kelowna, covering anyone who attended public and private...
Read more

Kanye West has shared a musical tribute to his late mother, Donda West, on what would have been her 71st birthday. The hip-hop star...
Read more
Previous articleIf Ernst & Young auditors had done this one thing, they might have uncovered Wirecard’s $2 billion fraud years sooner
Next articlePopular Ethiopian protest singer shot dead

Join the National Space Society for ‘A Day in Space,’ a celebration of spaceflight, this week

On July 16, 2020, a unique online presentation from the National Space Society will bring the solar system to your doorstep. "A Day...
Read more

Take a Deep Dive into AI with this $35 Training Bundle

It’s not an exaggeration to say that when it comes to the future of human progress, nothing is more important than Artificial Intelligence...
Read more

Kelly Preston has died at age 57. On Sunday, a rep for the actress's family confirmed the news to...
Read more

B.C. health officials issued a sweeping warning on Friday about possible exposure to COVID-19 in Kelowna, covering anyone who attended public and private...
Read more

Kanye West has shared a musical tribute to his late mother, Donda West, on what would have been her 71st birthday. The hip-hop star...
Read more