More Canadian politicians travelling over the holidays have come under scrutiny for ignoring public health guidelines against COVID-19 that discourage non-essential travel, and one Toronto-based epidemiologist says they should be held to a higher standard.

Dr. Maria Sundaram, with the health-care research agency ICES, said while she normally doesn’t endorse shaming people as a public health strategy, she believes politicians must be held to a higher standard, because their actions set an example for the public they serve.

“There are some leaders out there who are really practicing what they preach and that is really reassuring and really motivating,” Sundaram told The Canadian Press.

“Unfortunately, there are others who haven’t quite adhered to the policies that they’ve espoused for others and that really damages trust and it really damages our ability to keep going.”

Among the politicians under fire are several federal MPs.

Conservative Ron Liepert of Calgary-Signal Hill travelled to Palm Desert, Calif., on two occasions since March to address what his office called “essential house maintenance issues”, while the NDP’s Niki Ashton was stripped of her critic roles on Friday after sharing that she travelled to Greece to visit her sick grandmother after spending Christmas alone with her family in Manitoba.

In Quebec, Liberal MNA Pierre Arcand said he now regrets his decision to visit Barbados with his wife for the holidays, while Rod Phillips resigned from his role as Ontario’s finance minister after it was revealed he took a personal vacation to the Caribbean Island of St. Barts.

In Alberta, several MLAs left the country for vacations, prompting Premier Jason Kenney to order MLAs not to leave the country unless it was for government business.

WATCH | Travel outside Canada ‘will not be tolerated’, says Kenney: 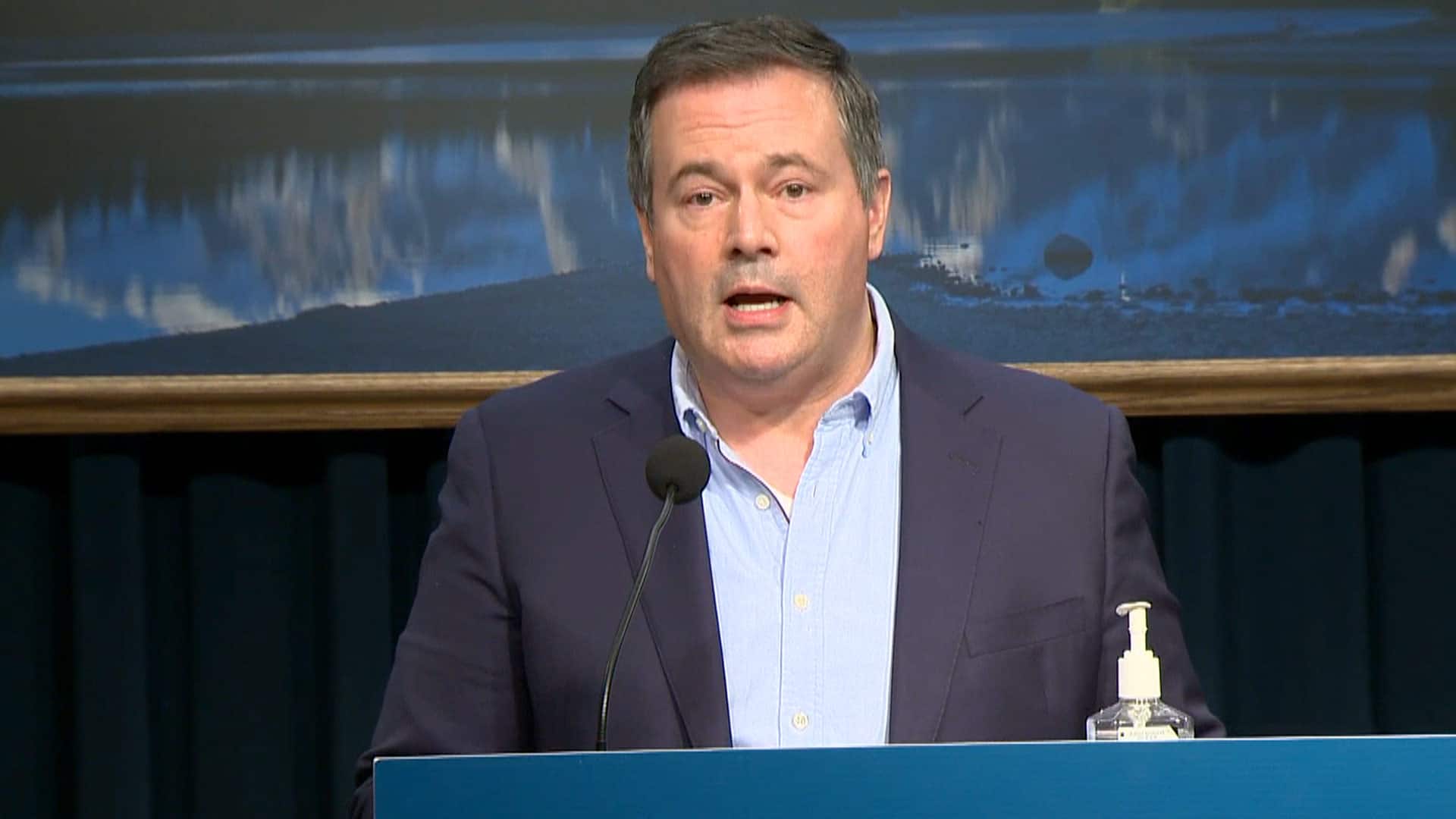 Alberta Premier Jason Kenney says travel outside Canada ‘will not be tolerated’ for MLAs after Municipal Affairs Minister Tracy Allard’s trip to Hawaii was revealed. 2:02

Meanwhile, the federal government is weighing whether to bar people who have travelled overseas from a new COVID-19 benefit.

The Canada Recovery Sickness Benefit, launched in the fall to help Canadians who are unable to work because they must quarantine during the pandemic, is worth $500 per week to a maximum of two weeks.

But Employment Minister Carla Qualtrough says Ottawa is actively looking at all options as questions surface around whether Canadians who have travelled abroad should be allowed to collect the money while in quarantine. Qualtrough says the benefit was never intended to encourage Canadians to travel outside the country and the government is still discouraging non-essential trips.

In British Columbia, the government has given the green light for the Vancouver Canucks to play home games in the province during the upcoming 2021 season.

Saskatchewan announced 238 new cases but no new deaths on Sunday. Meanwhile, there are now 109 active cases in an outbreak at the Saskatchewan Penitentiary.

Ontario reported 2,964 new cases and 25 additional deaths. Meanwhile, Education Minister Stephen Lecce reminded parents and guardians in a letter on Sunday that students in public elementary schools in Ontario will learn remotely for the first week of January, but will return to in-person learning on Jan. 11. 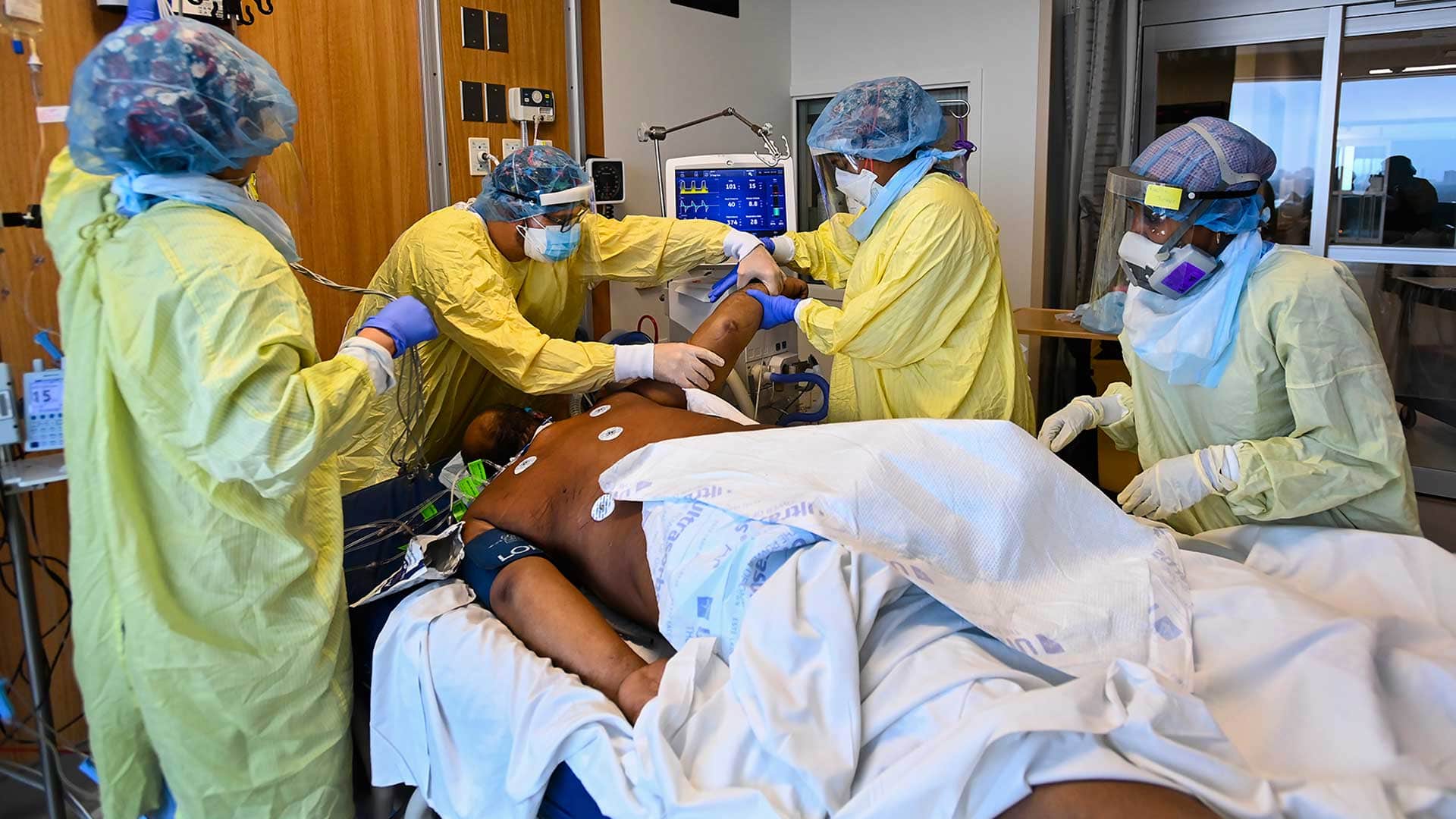 As Ontario posts record ICU and hospitalization numbers for COVID-19 patients, Quebec warns it could run out of designated COVID-19 beds within three weeks. 2:00

Quebec issued its first COVID-19 update of the new year on Sunday. It shows a total of 7,663 people have tested positive since Dec. 31 and 121 have died.

Newfoundland and Labrador‘s active caseload has dropped to single digits after reporting no new cases and two recoveries. The province, which hasn’t recorded a new infection in five days, now has nine active cases.

Prince Edward Island also did not report any new cases.

Nunavut is reporting zero active cases. The territorial government announced Sunday that all of the 266 residents who tested positive are recovered, except for one who died.

Please remember that no active cases does not mean the outbreak is over. There are still people in isolation, and everyone still needs to do their part and practice the public health measures. <br><br>For more information, go to <a href=”https://t.co/mvqT5ehEkc”>https://t.co/mvqT5ehEkc</a>

Here’s a look at what’s happening with COVID-19 across the country:

As of Saturday, more than 84.6 million cases of COVID-19 had been reported worldwide with more than 47.6 million cases considered recovered or resolved, according to Johns Hopkins University’s tracking tool. The global death toll stood at more than 1.8 million.

In Europe, U.K. Prime Minister Boris Johnson warned Sunday that more onerous lockdown restrictions in England are likely as the country reels from a new coronavirus variant that has pushed infection rates to their highest recorded levels.

U.K. epidemiologist Deepti Gurdasani, a senior lecturer at Queen Mary University of London, told CBC News Network that “if we allow it to spread, it’s only a matter of weeks before it replaces the previous variant.”

In Asia, India authorized two vaccines on Sunday — one developed by Oxford University and U.K.-based drugmaker AstraZeneca, and another developed by the Indian company Bharat Biotech — paving the way for a huge inoculation program to stem the coronavirus pandemic in the world’s second-most populous country.

India’s initial immunization plan aims to vaccinate 300 million people — health-care workers, front-line staff including police and those considered vulnerable due to their age or other diseases — by August.

In the Americas, the COVID-19 death toll in the U.S. has surpassed 350,000 as experts anticipate another surge in coronavirus cases and deaths stemming from holiday gatherings over Christmas and New Year’s.

More than 20 million people in the country have been infected and multiple states have reported a record number of cases over the past few days, including North Carolina and Arizona.

In Africa, Zimbabwe has reintroduced a night curfew, banned public gatherings and indefinitely suspended the opening of schools in response to rising infections.

Vice-President Constantino Chiwenga announced the new measures, saying that Zimbabwe recorded 1,342 cases and 29 deaths in the past week, the highest number recorded so far.

Facebook says some users were logged out of their accounts unexpectedly Friday due to a “configuration change,” and the issue has...
Read more

Biden’s inauguration was good news for our world

This is the web version of CEO Daily. To get it delivered to your inbox, sign up here. Good morning. David Meyer here in Berlin,...
Read more

This is an excerpt from Second Opinion, a weekly roundup of health and medical science news emailed to subscribers every Saturday morning. If...
Read more

In 2009, Hannah Perryman made an appointment with an ophthalmologist to find out what was...
Read more

Facebook says some users were logged out of their accounts unexpectedly Friday due to a “configuration change,” and the issue has...
Read more

Biden’s inauguration was good news for our world

This is the web version of CEO Daily. To get it delivered to your inbox, sign up here. Good morning. David Meyer here in Berlin,...
Read more

Argentine pop star Lali will soon shine on the small screen as part of the Netflix series Sky Rojo. From the creators of...
Read more