Many Canadians are setting new Thanksgiving traditions as the COVID-19 pandemic downsizes family dinners, while some who are separated from their loved ones try to find other ways to be grateful.

As COVID-19 cases rise in many parts of the country, Canadians from coast to coast are being asked to limit the size of their Thanksgiving gatherings or keep them entirely virtual.

Canada’s chief public health officer says last week’s “troubling” surge in infections means that some guests may be missing from the Thanksgiving table.

But Dr. Theresa Tam said the best way for Canadians to show their gratitude this holiday is to keep each other safe by staying away from anyone outside their immediate circle.

2/5 Thanksgiving tables will be smaller &amp; we will miss in-person gatherings. These sacrifices are important to protect ourselves, those we love and our communities. <a href=”https://twitter.com/hashtag/AllinthisTogether?src=hash&amp;ref_src=twsrc%5Etfw”>#AllinthisTogether</a>

“What is usually a special tradition for many Canadians, will serve as a hard reminder of how much we are sacrificing to protect ourselves, those we love and our communities,” Tam said in a statement Sunday.

“As difficult as it may be, we need to continue on the right path and recommit, for ourselves and our loved ones, to follow the public health practices that helped us flatten the curve in the spring.”

With daily case counts continuing to rise in some provinces, increased restrictions came into effect in some hot spots heading into the long weekend.

Ontario Premier Doug Ford has urged people to stick to their immediate households, saying it’s too risky even to expand the celebration to the current indoor gathering limit of 10 people.

The message came as the province imposed harsher restrictions on the hard-hit areas of Toronto, Ottawa and Peel Region.

Ontario and Quebec are introducing measures in the regions hardest hit by COVID-19 to try to slow the spread of the pandemic. Both provinces have seen surges in case counts. 6:00

In Quebec, where nearly every community along the St. Lawrence River is now considered a “red zone,” Health Minister Christian Dube said Thursday that police would be installing checkpoints on the roads leading into some areas of the province.

Even in the so-called “Atlantic bubble,” where case counts have been creeping upwards of late, officials are urging people to limit their gatherings to their immediate circle of 10 people.

“Nova Scotians have made changes to their daily lives to help reduce the spread of COVID-19, and it’s no different for Thanksgiving,” Dr. Robert Strang, Nova Scotia’s chief medical officer of health, said in a statement. 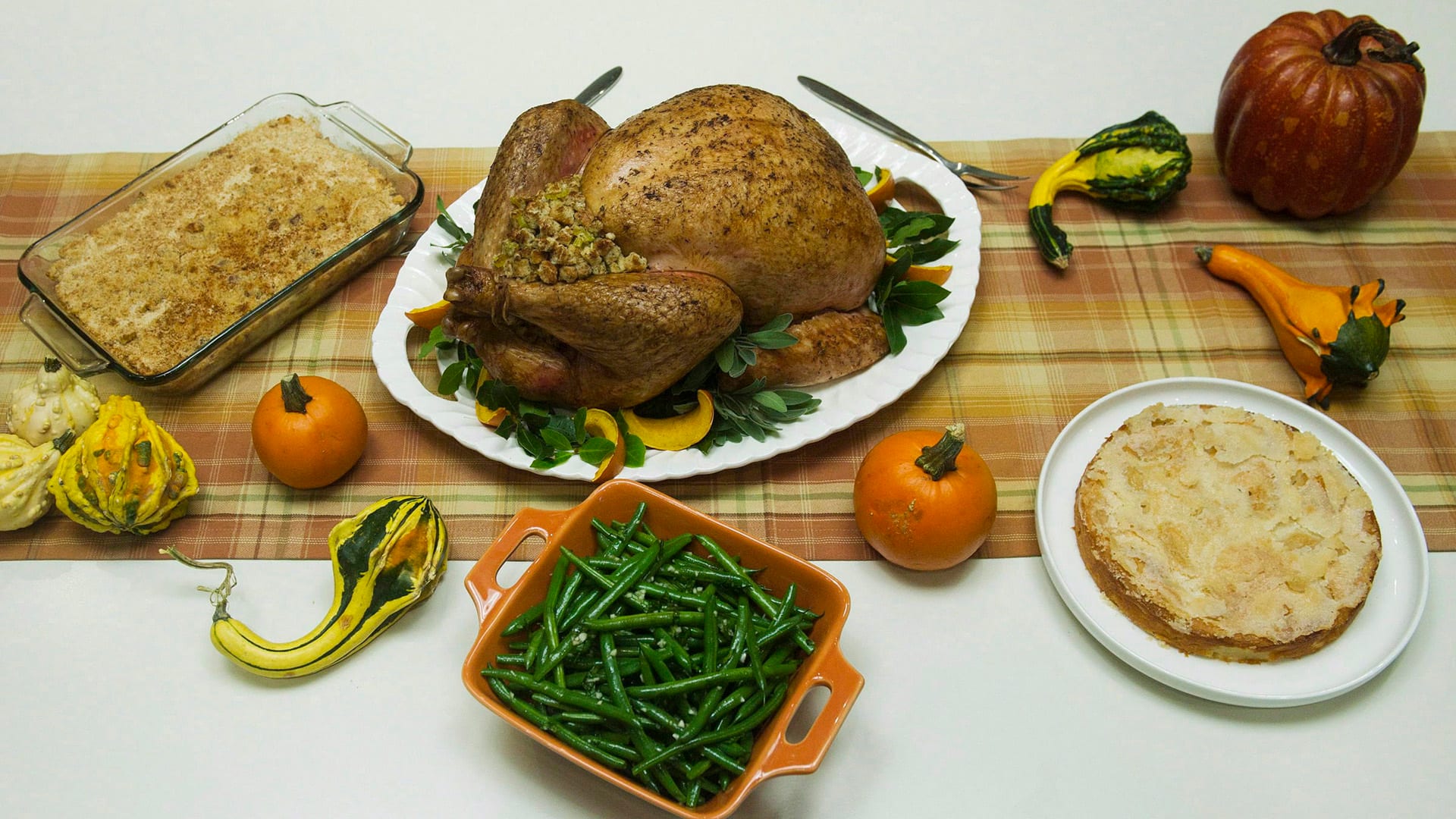 “When deciding who to invite, consider the impacts on family and friends who may be more vulnerable and adjust your Thanksgiving celebrations to be as safe as possible.”

B.C. Premier John Horgan also noted that the holiday would look different this year, though he encouraged British Columbians to celebrate “creatively and safely.”

“Because of COVID-19 we will be connecting in smaller groups, or virtually, or on the phone,” Horgan said in a statement. “We are stronger together. Happy Thanksgiving.”

As of 5:30 p.m. ET on Sunday, Canada had 181,864 confirmed or presumptive coronavirus cases. Provinces and territories listed 153,219 of those as recovered or resolved. A CBC News tally of deaths based on provincial reports, regional health information and CBC’s reporting stood at 9,613.

Manitoba reported 54 new cases on Sunday. Among those is a Winnipeg police officer, the province said.

Saskatchewan added 24 cases and one death on Sunday. The province said public health investigations have linked 12 of today’s new cases to the Gospel Outreach outbreak in Prince Albert, and the majority of the new Regina cases appear to be from the same apartment complex.

In Quebec, health officials confirmed 942 new cases Sunday and three more deaths. As of Saturday, the province had reported more than 1,000 new infections for the eighth time in nine days.

Newfoundland and Labrador reported no new cases on Sunday. However, the province’s chief medical officer of health released guidelines for residents travelling to parts of New Brunswick amid reported outbreaks in those areas.

Nova Scotia also reported no new cases on Sunday, and one recovery.

New Brunswick announced 14 new cases on Sunday, four of which are connected to an outbreak at the Manoir Notre-Dame special-care home in Moncton. Meanwhile, a Dalhousie elementary school is reporting a confirmed case of COVID-19, making it the third such case at a school in the province in recent days.

Prince Edward Island reported two new cases on Sunday that involved men who recently travelled within Canada but outside the Atlantic bubble. The two cases are not related, the province’s chief public health office said.

The Northwest Territories announced that travellers and employees will be required to wear a mask while inside the territory’s airport terminal buildings, starting next Tuesday.

Meanwhile, Yukon reported a new probable case of COVID-19. The territory’s chief medical officer of health said the case is linked to travel and the person is currently in stable condition and self-isolating.

According to Johns Hopkins University in Baltimore, the global total of confirmed coronavirus cases stands at more than 37.2 million. More than one million people have died, while more than 25.9 million have recovered.

In Russia, authorities reported 13,634 cases on Sunday, the highest daily spike since the beginning of the pandemic. Authorities reported more than 10,000 new cases every day this past week, but maintain there are no plans to impose a second lockdown.

In Asia, Iran has announced its highest single-day death toll from the coronavirus — 251. The government has largely resisted imposing wide-scale lockdowns as the economy teeters from continued U.S. economic sanctions that effectively bar Iran from selling its oil internationally. Iran’s currency plunged to its lowest level ever Sunday.

In the Americas, Brazil’s count of COVID-19 deaths surpassed 150,000 despite signs the pandemic is slowly retreating in Latin America’s largest nation. Over the last month and a half, the viral curve has dropped. The average number of deaths was 598 over the last seven days, the lowest level since the beginning of May.

Africa has seen more than 1.5 million total confirmed cases and more than 38,000 deaths. The majority of the cases on the continent are in South Africa, which accounts for more than 690,000 cases.

For Seiko, minimalism is an inherent part of the design process In the smartphone age, checking the time can easily turn into wasting time....
Read more

Yet despite this essentially being a rest year for Young Thug in terms of solo material, he's still managed to chart a whopping...
Read more

NASA’s OSIRIS-REx spacecraft is a cosmic rock collector. Cheers erupted from mission control at 6:12 p.m. EDT on October 20 as scientists on...
Read more
Previous articleSam Smith Joins Dionne Warwick on ‘That’s What Friends Are For’ at Virtual Carousel of Hope Ball: Watch
Next articlePolice crack down on protesters, detain dozens in Belarus during demonstrations against leader

For months, more than 150 teams around the world have been working at an unprecedented pace to develop a vaccine against the new...
Read more

For Seiko, minimalism is an inherent part of the design process In the smartphone age, checking the time can easily turn into wasting time....
Read more

Yet despite this essentially being a rest year for Young Thug in terms of solo material, he's still managed to chart a whopping...
Read more

NASA’s OSIRIS-REx spacecraft is a cosmic rock collector. Cheers erupted from mission control at 6:12 p.m. EDT on October 20 as scientists on...
Read more