Immunizations for COVID-19 are now officially underway in all provinces as Canada’s tally of confirmed COVID-19 cases surpassed 500,000 on Saturday.

The half a million threshold was passed after Saskatchewan reported 252 new cases. The province also registered eight more deaths related to the novel coronavirus.

Dr. Theresa Tam, Canada’s chief public health officer, said in a statement on Saturday that the latest long-range projections forecast more than 8,000 new cases a day in the country at the beginning of January 2021.

Although the projections are lower than those made last week, she warned that they are “still significant and put us on a trajectory for a strong resurgence for the next two months.”

“This underscores that the partnership between public health and the public at large is still vitally important to bringing down the infection rate,” said Tam, who again urged Canadians to follow health guidance.

“I’m used to getting needles,” said Pauline Gauvin after getting the first shot.

Other residents and health-care workers were also set to get the shot on Saturday, part of the province’s plan to administer the Pfizer-BioNTech vaccine to 1,950 people.

Another 200,000 doses of the Pfizer-BioNTech vaccine are expected in Canada next week, bound for 70 distribution sites.

Pauline Gauvin, an 84-year-old Miramichi resident, was first New Brunswicker to get the vaccine. 0:49

Health Canada has said vials may contain a bit more than the five doses they are supposed to have. If possible, clinic staff can draw an additional dose or maybe even two. But mixing from vials is not recommended as it could result in cross-contamination, loss of sterility or improper dosing.

“The bottom line is don’t throw it away,” Tam said Friday.

Meanwhile, Health Canada says it is still waiting on some “information and data” about Moderna’s coronavirus vaccine but expects its review to be completed “in the coming weeks.” 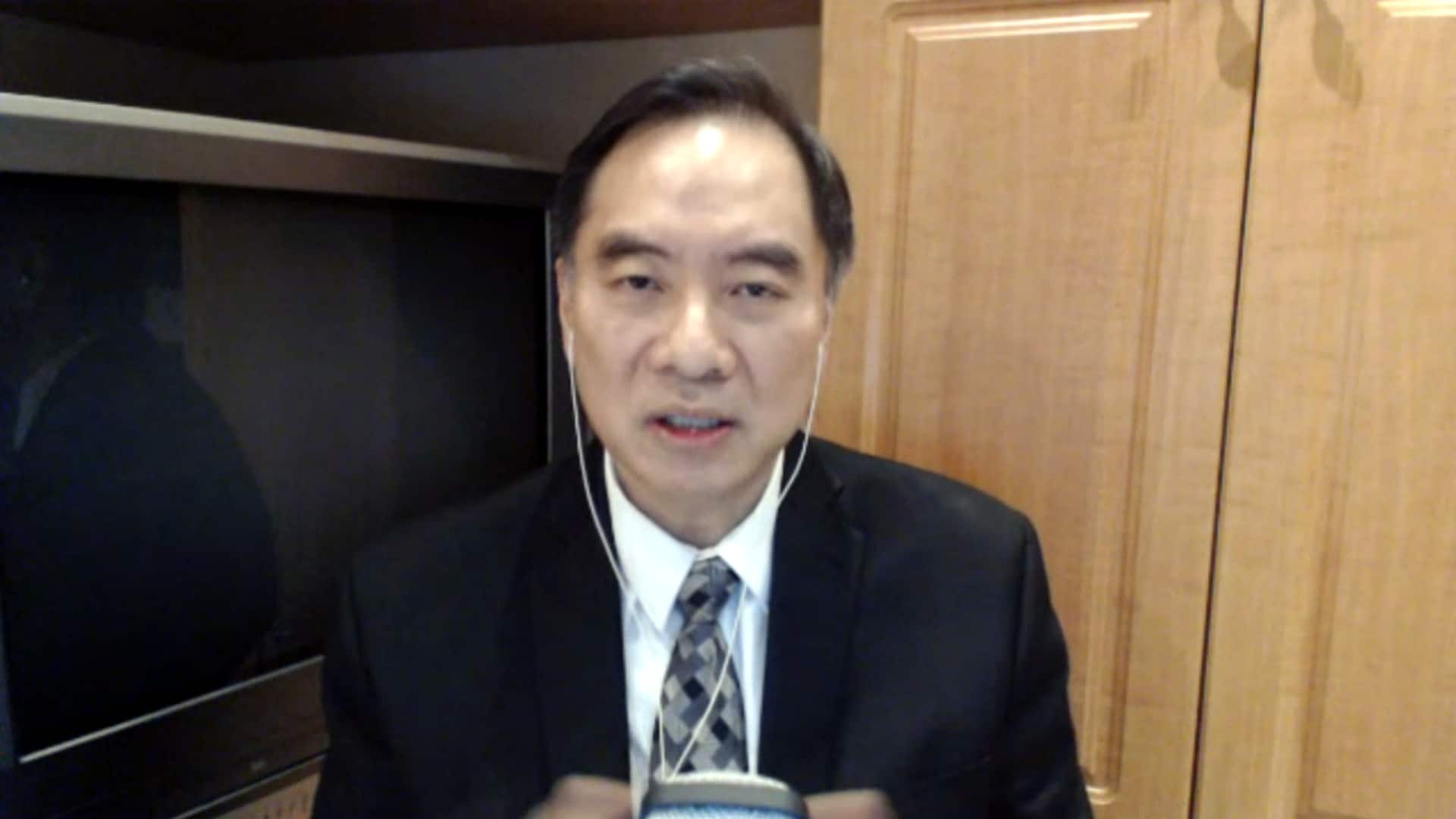 As restrictions increase and vaccines roll out in many places across Canada, the CBC’s John Northcott puts viewer questions to medical contributor Dr. Peter Lin. 11:37

The federal department’s statement came after the U.S. Food and Drug Administration gave emergency use authorization to the vaccine on Friday. The U.S. was the first country to grant approval to Moderna.

Health Canada has been reviewing Moderna’s vaccine, which uses similar mRNA technology as the already approved Pfizer-BioNTech vaccine, since Oct. 12.

The review is being done through “rolling submissions,” where information is provided as it becomes available. 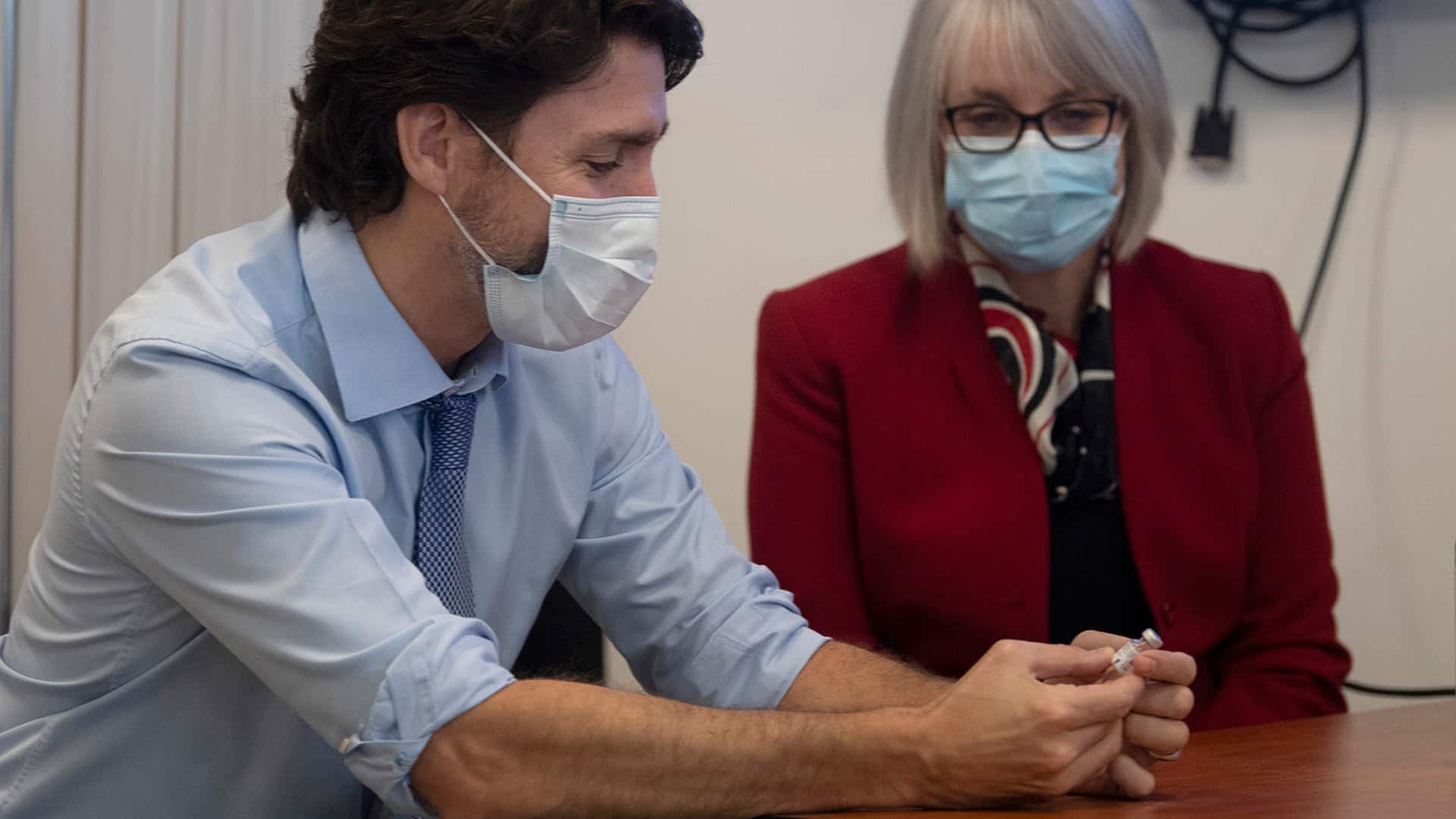 Moderna could ship up to 168,000 doses of its COVID-19 vaccine before the end of the year once it’s approved by Health Canada, which is believed to be close. The prime minister said Moderna could ship vaccines within 48 hours of approval. 1:56

“There is still information and data to be provided by Moderna for review,” Health Canada said, without specifying.

“Health Canada is working hard to give Canadians access to COVID-19 vaccines as quickly as possible and will not compromise its safety, efficacy and quality standards.”

Prime Minister Justin Trudeau has said deliveries of as many as 168,000 doses could begin within 48 hours of the vaccine getting the green light.

As of 3 p.m. ET on Saturday, Canada’s COVID-19 case count stood at 500,242, with 76,391 of those cases considered active. A CBC News tally of deaths based on provincial reports, regional health information and CBC’s reporting stood at 14,128.

In British Columbia, the number of COVID-19 cases linked to the Big White Ski Resort near Kelowna has jumped to 76. Interior Health medical health officer Dr. Silvina Mema confirmed that workers living in overcrowded housing are behind the spread of coronavirus at the Okanagan resort.

Ontario reported 2,357 new cases and 27 new deaths. It’s the fifth straight day that the province has recorded more than 2,000 new cases of the virus.

WATCH | How N.S. kept COVID-19 from getting out of control: 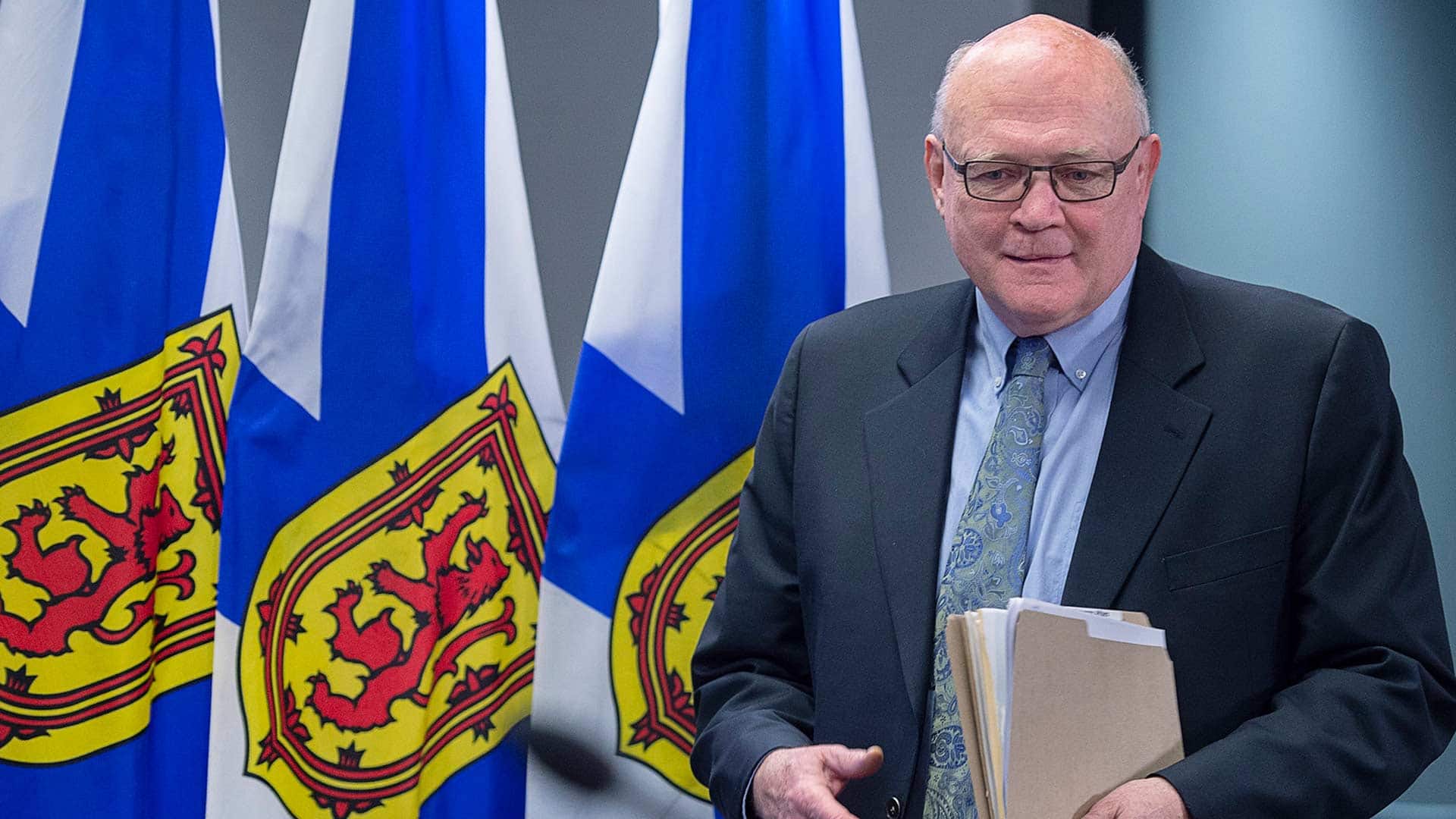 Nova Scotia’s ability to prevent COVID-19 outbreaks from growing out of control has made it the envy of the country and it’s something Dr. Robert Strang attributes largely to residents focusing on the common good. 2:04

Newfoundland and Labrador recorded eight new cases, the most in a single day in the province since April 6.

The Northwest Territories says the government will foot the cost of self-isolation for territorial residents returning from education or training programs outside the territory.

As of Saturday , more than 75.8 million cases of COVID-19 had been reported worldwide, with more than 42.7 million of those cases considered recovered or resolved, according to a COVID-19 tracking tool maintained by Johns Hopkins University in Baltimore. The global death toll stood at more than 1.6 million.

In Europe, Switzerland has approved the COVID-19 vaccine from Pfizer and German pharmaceutical company BioNTech.The country’s health agency did not say when vaccinations in Switzerland would begin.

The approval comes shortly after Britain, Canada, the United States and other countries allowed the use of the vaccine in their respective countries.

In Africa, the continent has now seen more than 2.4 million confirmed cases and more than 58,000 deaths.

In Asia, long lines are snaking from COVID-19 testing sites in the South Korean capital of Seoul on Saturday as the country reports 1,053 more confirmed cases, the fourth straight day over 1,000.

Thousands are taking advantage of free tests being offered temporarily in the capital area. The government is struggling to decide whether to increase physical distancing to maximum levels, which officials fear would further shock the economy.

In the Americas, with California’s more than 48,000 new cases leading the way, the U.S. as a whole added a record 249,709 new cases of COVID-19 in one day, according to Johns Hopkins University in Baltimore. An additional 2,814 people died nationwide, pushing the death toll to more than 313,000.

Cases were on the rise before Thanksgiving, and holiday gatherings sent them even higher.

In one of his first actions in office, President Joe Biden issued an executive order on a broad range of environmental...
Read more

COVID vaccine update on distribution by state: Map of coronavirus vaccination rates in each U.S. state

“When I was in quarantine with COVID-19, I got to take a good hard look at myself. Inspired by my faith in God...
Read more
Previous articleWhat Happens in the Bridgerton Books?
Next articlePalestinian Authority urges Israel to return to talks focused on 2-state solution

Music Therapy for Your Lungs

About 100 passengers on a flight from Ottawa to Iqaluit were delayed for nearly three hours at the Iqaluit airport on Wednesday, after...
Read more

In one of his first actions in office, President Joe Biden issued an executive order on a broad range of environmental...
Read more

COVID vaccine update on distribution by state: Map of coronavirus vaccination rates in each U.S. state

“When I was in quarantine with COVID-19, I got to take a good hard look at myself. Inspired by my faith in God...
Read more