Since 2010, Girl Up has given 75,000 girls worldwide the tools needed for them to become leaders, advocates, and activists for gender equality. As part of its 10th anniversary, Girl Up launched the Girls Equal Change campaign, which highlights the important work the girls are doing and encourages others to support them in making a difference in the world. had a chance to chat with a handful of Girl Up’s Changemakers, including Selin Ozunaldim, Melissa Simplicio, Luana Lira, Mofiyin Onanuga, Rebecca Fairweather, Kristen Corlay, and Angeline Eugenia, to discuss how the organization has not only affected their lives but their communities as well.

Something that many of the girls touched on is the fact that Girl Up helped them with their self-confidence. Selin, the founder of Girl Up Istanbul and the youngest representative of UN Women’s HeForShe, said that before Girl Up, she “wasn’t very confident.” She added, “I always had self-doubts and was facing imposter syndrome.” However, all of that changed once she became part of the Girl Up family. “I knew that there were thousands of young girls all around the world who would be there for me and who would support me. With Girl Up, I have developed self-confidence, and whenever I feel like I’m not enough, fellow members are always there to hype me up and show what I can do for change.”

“With Girl Up, I had so much more guidance on what I can do with my life.” — Melissa Simplicio

Girl Up prides itself on its network of resources, enabling girls to start their own movements with the support of like-minded thinkers. “With Girl Up, I had so much more guidance on what I can do with my life, both personally and career-wise,” said Melissa, a young activist from Brazil who founded her school’s Girl Up club. Luana, a gender-equality advocate who is also from Brazil, was able to learn more about her community because of the organization’s efforts. “We met girls from all across the world that are amazing, but I also met girls inside my own community that I never thought that I would be so close with. We really became a family, and even though I’ve met people across the world, it’s awesome having people near you that you can hug sometimes and really be yourself with.”

“Without Girl Up, I probably would’ve stopped actively working towards things like gender equality,” said Mofiyin, a Girl Up leader from London. “With Girl Up in place, I found my feet and was surrounded by people who were able to guide me through the steps to actually work towards accomplishing these goals.” Much like the communities of the rest of the Girl Up Changemakers, the organization has managed to make a difference in Mofiyin’s local community. “I think that local communities are in dire need of [programs like Girl Up] because we have so many girls, and children, who are passionate about many things but have no clue what to do because there’s no direction.” 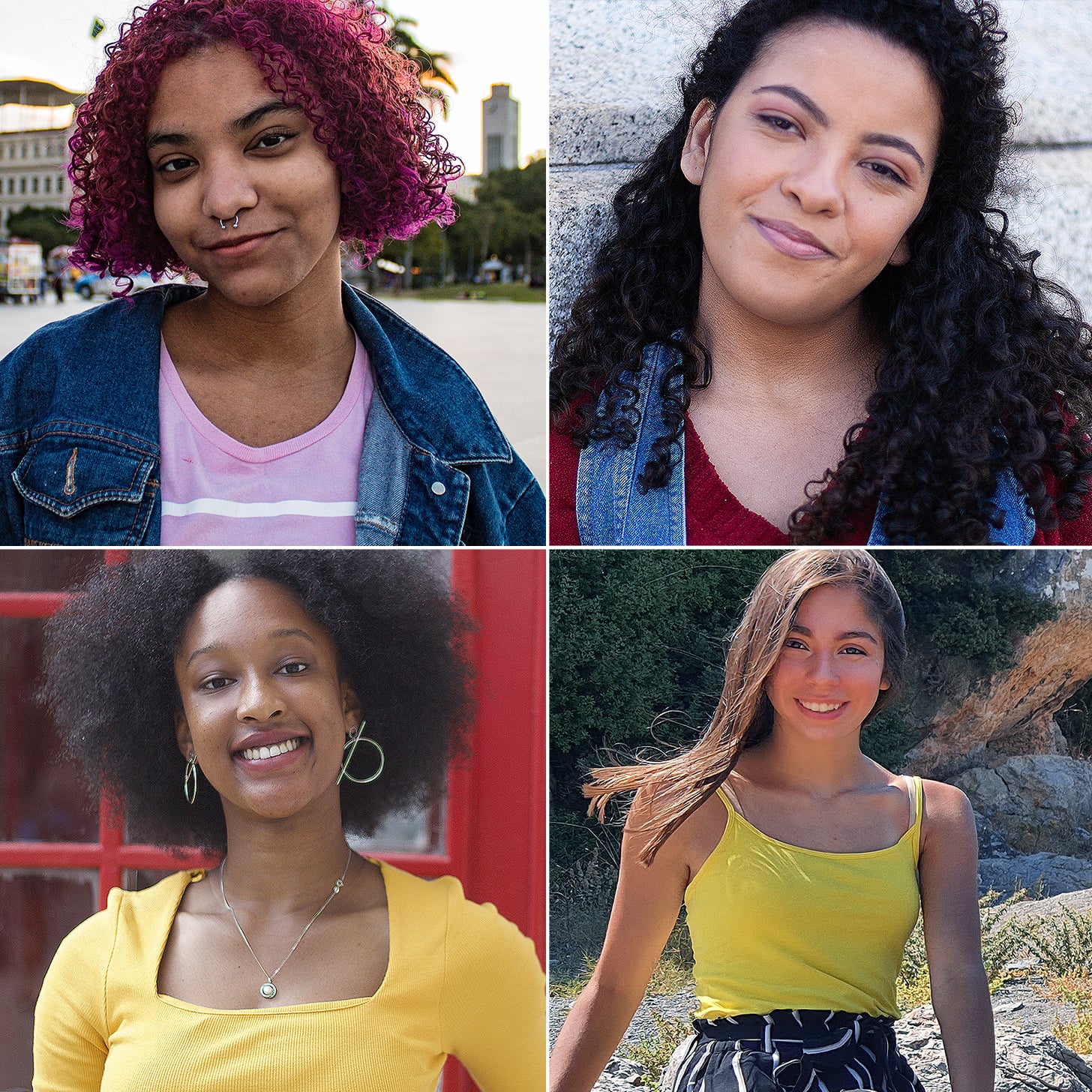 “Girl Up literally gives you the tools to be the best leader possible, whether you want to continue the fight for gender equality or move on to other causes, like climate change.” — Rebecca Fairweather

Girl Up isn’t just looking to make a change when it comes to gender equality; it wants to unite young leaders as a force for social good. “Girl Up literally gives you the tools to be the best leader possible, whether you want to continue the fight for gender equality or move on to other causes, like climate change,” said Rebecca, a Latina youth activist based in NYC who founded Buzzcut Post. “When you have Girl Up clubs in different communities, you have girls that understand the context. It’s a really adjustable model, and it really attests that social change looks different for everyone,” Kristen, a Girl Up club founder in Northern Mexico, told .

Angeline, who is the founder and leader of Girl Up Universitas Gadjah Mada, discussed how the fight for gender equality is still not recognized by the government and people of Indonesia. “I’m hoping that by advocating with Girl Up in my country, the people of Indonesia will start having more awareness that there is gender inequality, injustice, and discrimination still around us.”

Girl Up was first established in 2010 by the UN Foundation, and since then, it has launched the Teen Advisor class for the creation of Girl Up Clubs worldwide, invested in UN programs that work to increase girls’ access to education, and was named one of the first partners for Michelle Obama’s Let Girls Learn. Whether girls are able to make a change within their local community, on a national level, or even globally, Girl Up is there to support them in everything they do. We can’t wait to see what else it accomplishes in its next 10 years and beyond. 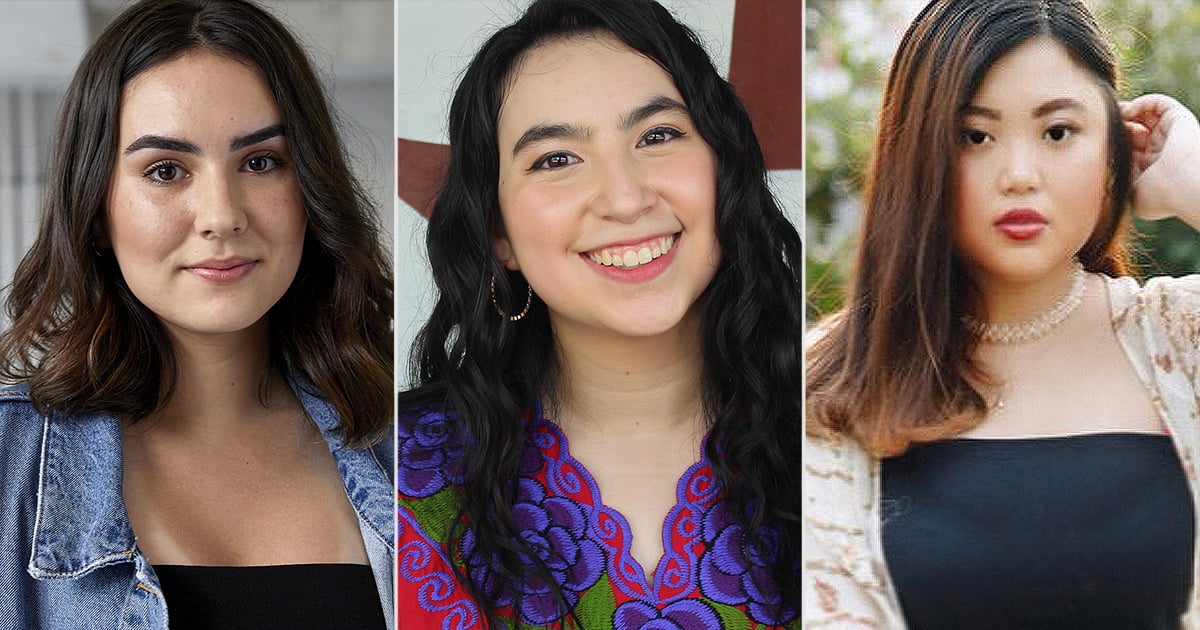 A NASA astronaut "sealed" 20 years of crewed operations on the International Space Station with his and his two crewmates' safe return to...
Read more
Previous articlePhysicists keep trying to break the rules of gravity but this supermassive black hole just said ‘no’
Next articleAriana Grande Mysteriously Types ‘Positions’ on Keyboard Ahead of New Album: Watch

Inanna Sarkis plays resident mean girl Molly in the After and After We Collided films, and while her love life may be complicated...
Read more

A NASA astronaut "sealed" 20 years of crewed operations on the International Space Station with his and his two crewmates' safe return to...
Read more